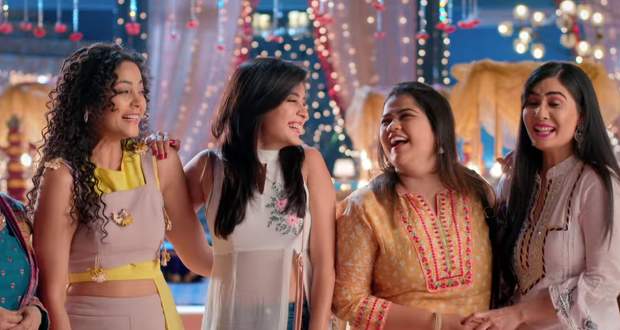 Today's YRHPK 28 Nov episode starts with Mishti and Abir not being able to see each other. Mishti meets Ananya and says she has upgraded herself.

Ananya asks about her spectacles while Mishti says she doesn’t need any specs to block her new vision. Meanwhile, Kuhu and Kunal bet if Abir will write poetry or not.

Abir says Kuhu doesn’t need his poetry as she is a winner. At the same time, Mishti says Vishambhar’s decision was right while Ananya shows her red balloons.

Mishti misses Abir in each and everything she sees. Meanwhile, Abir is happy that Kunal left behind the decision of divorce as Kuhu is perfect for him.

Mishti arrives at a restaurant to eat Khichdi while Abir and Kunal also come to the same restaurant. Mishti fights for the Khichdi while the waiter says Abir will get it.

Meenakshi gets disappointed to learn that Abir is not having lunch with her. Meanwhile, Mishti gets upset to learn that she is not getting the Khichdi.

Abir leaves to take a phone call while Mishti takes his Khichdi and writes a note for him. Abir receives the note and calls her Khichdi thief.

Varsha gets happy to have Kunal as her son-in-law while Kuhu knows her happiness will not last for longer. At the same time, Ananya arrives with Mishti and everyone gets delighted.