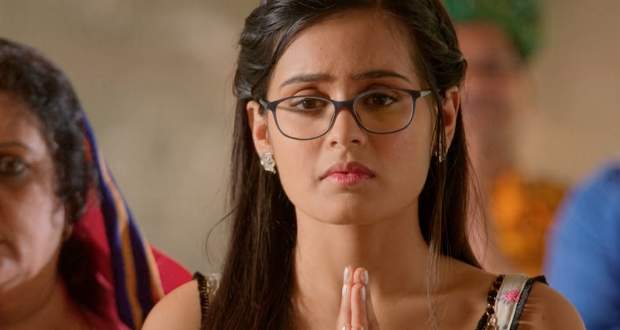 Today's YRHPK 28 Oct episode starts with Abir telling Mehul that he made a school. He gets a call from Meenakshi and says he needs to leave. He further asks Abir to think again about his decision.

Mishti doesn’t tell anything to Rajshri and feels bad for hiding the truth. Later, Kunal meets Kuhu in the market while Kuhu wonders why he is stalking her.

Kunal doesn’t want to fast and later apologizes for hurting her. Kuhu asks her to come for the Karwa Chauth celebrations while he denies coming.

Mishti gives a Chunri to Kuhu while Abir comes to Maheshwari house for giving Sargi to Kuhu from her in-laws. Meanwhile, Kunal calls for Kuhu and realizes she has left house.

Mishti and Abir spend some quality time together. Later, Meenakshi leaves in the morning for the whole day while Mehul wonders where she is going.

Meanwhile, Mishti also leaves for Rajgarh and asks the driver to take her to Ambaji Mandir. At the same time, Abir decides to buy a gift for Mishti.

Mishti asks some vendors about the Kapadia family which is heard by a man. He calls Mehul and informs him that someone is searching for him.

Mehul thinks Meenakshi is doing it. Meanwhile, Mishti reaches the temple and enquires about Mehul Kapadia.