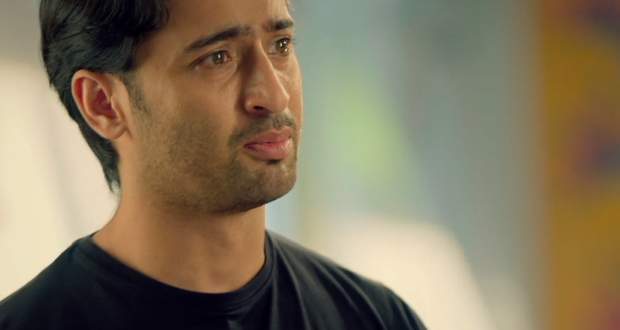 Today's YRHPK 29 Aug episode starts with Mishti revealing that they are ready for the baby. The family is excited to welcome a new member of their family.

Mishti is happy that the family is pleased with her for the first time. Abir leaves but Mishti finds his attitude weird. Later, Meenakshi shares her pain with Rajshri and expresses her feelings about having a kid.

She wishes to give the motherly love to Abir’s child which she was not able to give to Abir. Meanwhile, Abir learns from the doctor that Mishti won’t be able to carry the pregnancy even if she conceives.

Abir is disheartened and saves a child from meeting with an accident. Meanwhile, Kuhu shares that Jasmeet and Varsha want her to get pregnant before Mishti.

Kunal shares his feelings about having a kid and says he is not ready. He wants to concentrate more on their relationship rather than having a kid. Later, Meenakshi makes a promise that she will give her share of the business to Mishti and Abir’s child.

Kuhu, Jasmeet, and Varsha don’t feel right with her decision while Abir asks them to slow down. Later, Abir is disturbed and shares about Mishti’s reports with Meenakshi.

Meenakshi is shocked while Abir shares Mishti got injured during her fight with Varun. Meenakshi consoles him and assures him that she will find a solution.

© Copyright tellybest.com, 2018 & 2019 & 2020. All Rights Reserved. Unauthorized use and/or duplication of this material without written permission from tellybest.com is strictly prohibited.
Cached Saved on: Thursday 24th of September 2020 03:39:14 AM