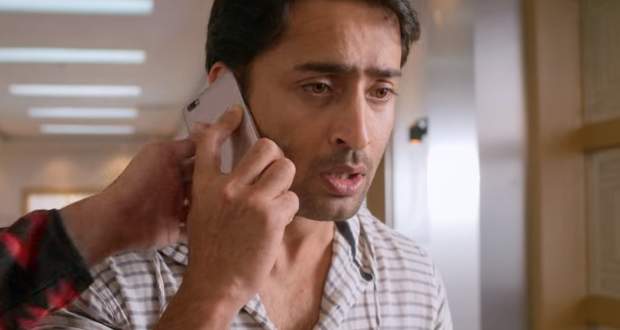 Today's YRHPK 29 Jan episode starts with Meenakshi realizing that the report is not in her file. She decides to tell Nishant while elsewhere, Jasmeet wants to know if Vishambhar would have forgiven Abir.

Vishambhar explains his part and Jasmeet apologizes to him. Meanwhile, Abir learns the shocking truth about Nishant and decides to tell Mishti.

Mishti picks Abir’s call and learns that he is in hospital. However, Nishant arrives at the same time in the hospital and snatches the phone from Abir.

They both get into a fight while Abir is adamant to reveal his truth in front of everyone. Elsewhere, Mishti imagines Abir applying Haldi on her.

Abir tries to reach Mishti as fast as he can and Nishant follows him. Abir meets with an accident and falls into a lake while Mishti feels uneasy thinking about him.

She gets worried as Abir doesn’t pick up the call and shares her doubts with Kunal. Kunal is sure that something is wrong. Meanwhile, Nishant is in a dilemma but decides to save himself.

He thinks Abir is dead and sends a message to Mishti from Abir’s phone for not meeting him ever. Mishti thinks Abir has not sent it and Kunal is sure he has found something from the reports.

Kunal tries to tell Mishti the truth about the hospital but is interrupted by Nishant. Later, Kuhu gets upset when Mishti gets worried about Abir. Elsewhere, Kunal tries to find out about Abir.

Upcoming Yeh Rishtey Hai Pyaar Ke episode update: Mishti wishes to search for Abir while Rajshri asks her to not return back.