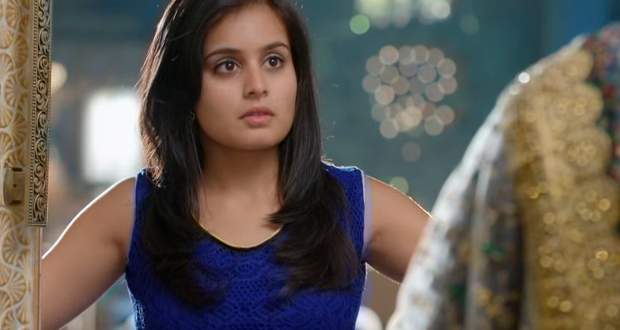 Today's YRHPK 2 Jan episode starts with Mishti making excuses on behalf of Abir. Nishant makes her realise that he is with her and Abir isn’t. He wishes to stay with his best friend.

Meanwhile, Abir hears Kuhu saying that Mishti doesn’t even love Nishant. Abir says the new relation hurts for a while and she will get used to it.

Abir packs some of her stuff in a bag and remembers all the moments shared with Mishti. Elsewhere, Mishti is also missing Abir and is contemplating Vishambhar’s decision.

Rajvansh family enquires where Abir is going while he says he wishes to go on a bros trip with Yashpal and Kunal. Meanwhile, Vishmabhar fixes a date for Mishti and Nishant’s engagement.

Later, Yashpal instructs Abir to fight for his love and not remain a Devdas. Abir decides to go meet Mishti on his suggestion. Meanwhile, Rajshri and Varsha talk about Mishti and Nishant’s alliance.

Rajshri still wishes Abir would come and ask for second chance. Abir listens to this as he is in Mishti’s room and tries to wake her up. He finds a pile of pillows under the blanket.

Meanwhile, Mishti gives a letter to Jugnu for Abir. At the same time, Abir asks Jugnu if his clothes were stolen but Jugnu is unable to speak because of Meenakshi.

In the morning, Meenakshi creates a scene at Maheshwari house for Mishti giving a love letter for Abir. However, it is Mishti’s dream and she gets scared.

Rajshri wants Mishti to make a decision and leave Abir behind.