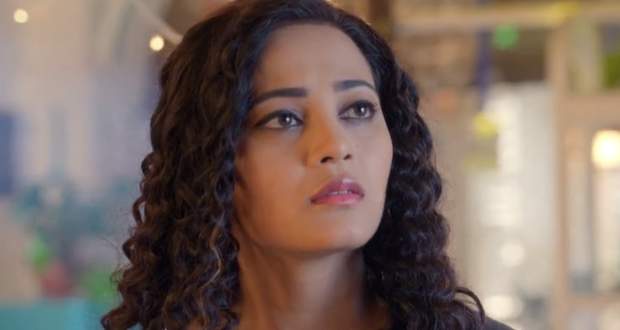 Today's YRHPK 2 Jul episode starts with Kuhu telling Mishti she will never get who she loves. Mishti gets disheartened as she realises her love for Abir.

Meanwhile, Kunal tells Meenakshi about Abir’s feelings for Mishti. Meenakshi is not ready to believe.

Abir is not able to stop thinking about Mishti. Mishti is also feeling the same way.

Meenakshi slaps Kunal when he tries to tell that Abir loves Mishti. Meenakshi is positive Abir can never break her trust. She realises she misunderstood the whole situation and was not able to see the truth.

Kunal blames himself for bringing Mishti in their lives. Meenakshi puts all the blame on Mishti for meddling with her sons. She tells him they need to plan something.

At the same time, Kuhu calls while Abir starts talking to Mishti over a video call. Abir is startled to learn her family knows about Kuhu and Kunal.

Kuhu tells Kunal about a guy she needs to meet for marriage. Kunal tells Kuhu to meet her on the instruction of his mother.

Meanwhile, Abir is positive to tell Kunal about Kuhu’s feelings. They start arguing.

Meenakshi makes a plan of using Kuhu for keeping Mishti away from Abir.

Meenakshi is still upset to learn about Abir’s feelings. She is trying to stay positive but is afraid to lose her son.

Kuhu meets Kunal and confesses she is confused about her feelings. She gets upset when Kunal calls them just friends. She confesses her love for Kunal. Meenakshi learns everything through a microphone.

Kuhu gets upset when Kunal doesn’t answer. She is about to leave when Kunal calls out her name. Meenakshi is also playing some sick game to get back at Maheshwaris.

Kunal tells her to give one day for talking to his mother. Kuhu gets really happy.

© Copyright tellybest.com, 2018 & 2019. All Rights Reserved. Unauthorized use and/or duplication of this material without written permission from tellybest.com is strictly prohibited.
Cached Saved on: Saturday 6th of June 2020 07:46:35 PM