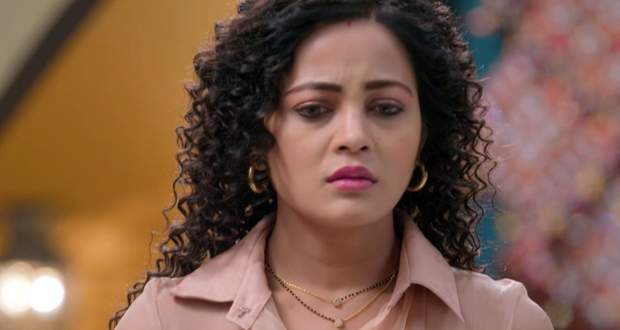 Today's YRHPK 2 Mar episode starts with Kuhu thinking that it is wrong to spike anyone’s drink. At the same time, Mishti accidentally pushes Kuhu and the pill drops in one of the mugs.

Kuhu gets scared and wishes to stop everyone from drinking the coffee. Meenakshi thinks her plan got successful while Mishti gets suspicious of Kuhu and Meenakshi’s conversation.

Kuhu gives coffee to everyone and Meenakshi thinks Kuhu mixed pill in Mishti’s mug. Abir plays some games and explains the situation of his family using cups.

Meenakshi wonders if Mishti got the coffee mug with a pill or not while Kuhu gets scared. She thinks Kuhu is sure Mishti got the mug while she is happy that Mishti won’t wake up for the pooja.

Mishti and Abir sleep on the terrace and share some romantic moments. Later, Kuhu thinks that she has mixed pills in Meenakshi’s coffee. However, Meenakshi comes down and Kuhu breathes a sigh of relief.

Meanwhile, Mishti is not able to wake Abir up and Mishti has called the doctor. Jugnu says Abir drank the cold coffee while Mishti gets suspicious.