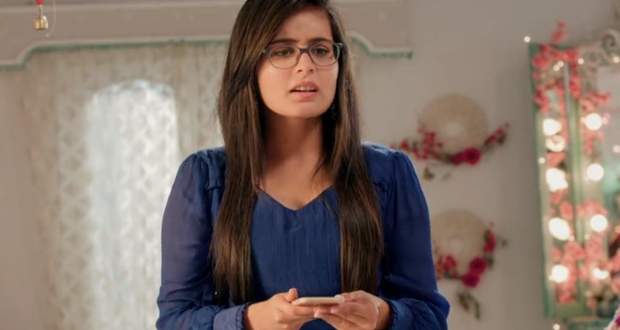 Today's YRHPK 2 Oct episode starts with Mehul interrupting Abir in opening the envelope. He says he didn’t leave the house but ran away from there.

He further says he didn’t have any proof and he has returned for Abir only. He says he is not a thief while Kunal blames Mehul of being a fraud.

Mehul wants trust from his family while Parul interrupts him and asks Abir to open the envelope. Meenakshi knows Abir will misunderstand her.

Abir thinks Mehul can’t be wrong while Kuhu tries to cheer everyone up by planning a birthday party. Meanwhile, Mishti wonders what must be happening in Rajvansh house.

Later, Yashpal tries to console Parul who is afraid of losing Kunal. She fears of Kunal’s illegitimate secret being exposed.

Abir calls Mishti and tells Meenakshi is trying to spoil Mehul’s name. He loses connection and comes out where Yashpal and Parul are talking. Mishti is confused whether she should meet Abir or not.

Abir doesn’t hear anything and calls Mishti to meet at the lake. Later, Jasmeet tells Kuhu that Mishti is planning a party for Abir. Kunal thanks Kuhu for handling the family situations properly. Kuhu wants Kunal to not let Abir meet anyone.

Mehul and Meenakshi get into an argument while Mehul threatens to expose her reality.

© Copyright tellybest.com, 2018 & 2019. All Rights Reserved. Unauthorized use and/or duplication of this material without written permission from tellybest.com is strictly prohibited.
Cached Saved on: Friday 31st of January 2020 11:27:03 AMCached Disp on: Thursday 20th of February 2020 04:24:56 PM