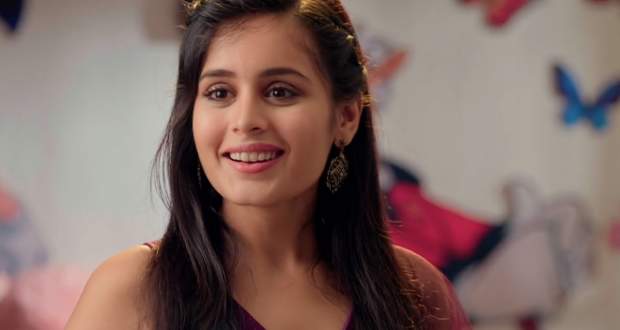 Parul says Mishti’s situation is much harder than what she herself suffered. Mishti continues to take care of Kuhu secretly but in the end, she is caught and Kuhu doesn’t eat sandwiches made by her.

Mishti gets upset and misses the baby. Abir tells her that he is at Maheshwari house and asks her to come there. Meanwhile, Kuhu parades the nurses and is confused as they are not handling things like before.

Parul tells her that Mishti was taking care of the things before. Meanwhile, Mishti gets a surprise at the Maheshwari house and gets really happy to see the beautiful baby room.

Rajshri and Vishambhar reveal that they are leaving for some important work. They all joke around while Varsha gets upset to see the scene. Later, Kuhu fires the nurses as they continue to make mistakes.

Mishti and Abir share an emotional moment with Rajshri and Vishambhar. Elsewhere, Kuhu decides to make juice for herself while Meenakshi witnesses the scene.

She points out her behavior and warns her to behave. She further threatens to break the deal while Abir overhears their conversation. He wonders what their deal is about.

He receives noodles from Mishti and gets an idea. He goes to Kuhu’s room to offer a peace offering. He brings noodles for her and even apologizes to show that he is on her side. Kuhu accepts his apology while Abir is doing drama.

Upcoming Yeh Ristey Hai Pyaar Ke episode update: Abir learns about the surrogacy contract and reveals it in front of the family.