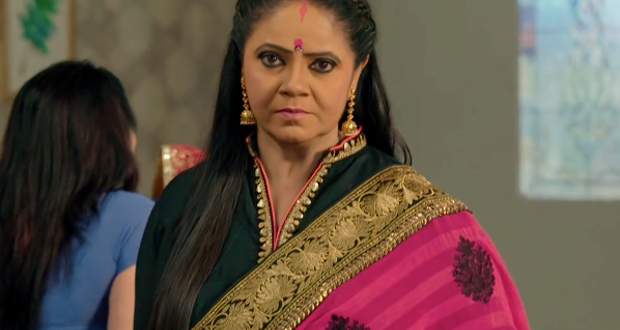 Today's YRHPK 2 Sep episode starts with Mishti bringing Abir to the NGO. She apologizes to Abir for not being able to give him a child. She wishes to be positive and join the NGO full time.

She wishes to provide a good life for the kids who don’t have parents. Meanwhile, Vishambhar gets angry with Meenakshi for being heartless while Meenakshi doesn’t want Mishti in her house.

She thinks it is the wife’s duty to provide a baby for her wife. Vishmabhar also doesn’t want his daughter to stay with Meenakshi and is ready to take her home.

He is also ready to complain against Meenakshi for troubling his daughter. Meanwhile, Abir and Mishti spend some romantic moments at the NGO and also share their pain.

Meenakshi asks some lady to prepare for the wedding of her daughter and Abir and states it will take place after three months. Elsewhere, Abir and Mishti share some cute moments and remember their past cute memories.

They plan to go on a road trip with the whole family. Abir is happy and thinks that Meenakshi is with him. Later, the Rajvansh family plans a road trip and at the same time, Meenakshi comes.

Vishambhar and Rajshri also arrive and Mishti is happy that her families are with her. Vishambhar says one person is there who can spoil everything. Kuhu is ready to forget all previous problems.

Vishmabhar reveals that Meenakshi wants him to take Mishti with him. Abir is not ready to believe him and questions Meenakshi. Meenakshi breaks her silence and says she wants an heir for the family. She says Abir can be a father even if Mishti can’t be a mother.

© Copyright tellybest.com, 2020, 2021. All Rights Reserved. Unauthorized use and/or duplication of any material from tellybest.com without written permission is strictly prohibited.
Cached Saved on: Saturday 23rd of January 2021 06:51:35 AM