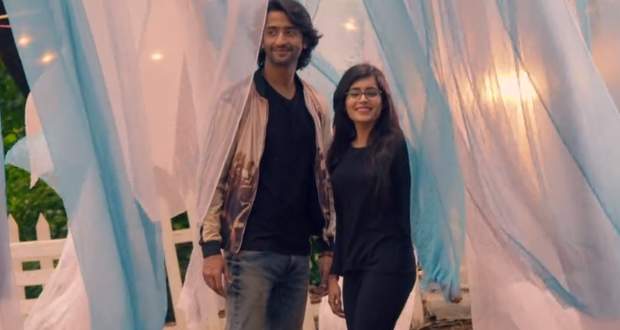 Today's YRHPK 30 Aug episode starts with Kuhu faking a call with Kunal and being happy. Meanwhile, Mishti’s phone gets snatched by someone riding on the bike.

Mishti prepares herself when that guy approaches her. Parul wonders when Kunal will come and at the same time, Kuhu arrives alone.

Mishti attacks the guy but he turns out to be Abir. He gives her a romantic surprise in the garden with beautiful decorations.

Mishti gets delighted to see his wonderful surprise. Meanwhile, Kunal thinks Kuhu must have told the truth to everyone.

Kuhu is up to something else and tells Naanu to scold Kunal for not picking her up. Later, Kunal gets angry with Kuhu for still expecting anything from marriage.

At the same time, Abir and Mishti share some cute and romantic moments. Mishti again teases him about her ex-boyfriend.

Kuhu argues with Kunal about not being able to tell everyone the truth about their marriage. She further doesn’t let Kunal tell anyone the truth.

Kuhu threatens to expose some lies about Kunal and insulting him. She decides not to tell anyone about her fake marriage.

Abir and Mishti argue over who is coward and try to prove it. Abir challenges Mishti to express her love for him in front of everyone.