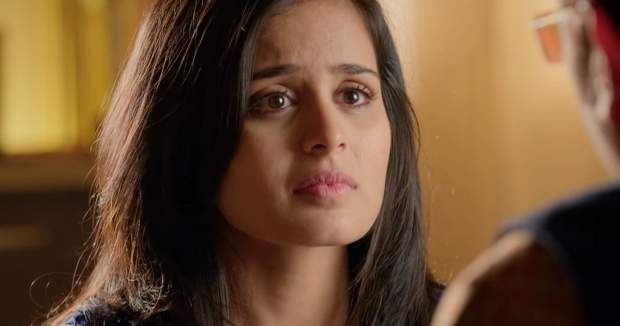 Today's YRHPK 30 Dec episode starts with Vishambhar testing Nishant by telling him about Mishti and Abir’s wedding. Nishant accidentally tells him that he likes Mishti.

Meanwhile, Mishti is shattered with Abir’s words. Later, Meenakshi brings gifts for Mishti and wishes to fix their alliance. She further tries to brainwash Vishambhar in believing Mishti will not stay happy after marriage.

She says she will break her courage and dreams. Vishambhar asks Meenakshi to leave while later Rajshri gets scared with his voice.

Vishambhar meets Mishti and can see the shadow of Akshara in her. He asks Nishant if he will marry Mishti and wants everyone to think about it once.

Yashpal and Abir try to convince Kunal that he is part of their family. Meanwhile, Rajshri is not sure about Vishambhar’s decision while Mishti arrives to meet Vishambhar.

Mishti is confused about Vishambhar’s declaration. At the same time, Jasmeet doesn’t want Nishant to get married to Mishti as she is not the right girl for him.

Nishant gets mad at his mother for judging Mishti. Meanwhile, Vishambhar asks Mishti to choose the right path and wants to give a chance to friendship.

Mishti hurts her hand with the necklace while Abir also gets hurt by a needle. Later, Parul wants to know if Meenakshi will throw them out of the house while Mishti arrives at Rajvansh house.

She overhears their conversation wherein Meenakshi says ill things about her.

Upcoming Yeh Rishtey Hai Pyaar Ke episode update: Abir tells Mishti that they are past and that her future is someone else.

© Copyright tellybest.com, 2018 & 2019. All Rights Reserved. Unauthorized use and/or duplication of this material without written permission from tellybest.com is strictly prohibited.
Cached Saved on: Friday 31st of January 2020 06:11:15 AMCached Disp on: Tuesday 18th of February 2020 12:42:37 PM