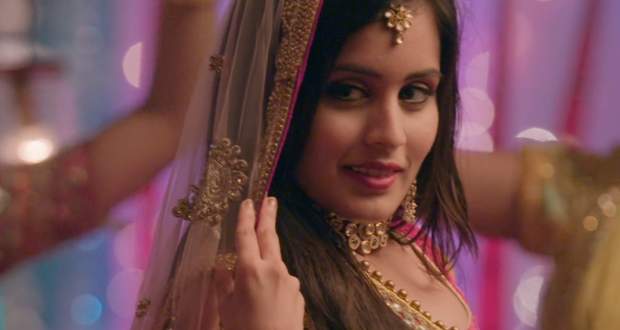 Today's YRHPK 30 Jul episode starts with Kuhu and Kunal’s Sangeet function beginning with Kunal’s performance. He tries to apologize to Kuhu through his performance.

Kunal tries to clear his differences with Mishti as well. The next performance is to welcome the daughter-in-law in a traditional Gujarati style.

Maheshwari ladies give a beautiful Rajasthani performance. Mishti’s entry is the highlight of their performance. She tries to express her love for Abir through the lyrics.

Kuhu gets upset with Mishti seeking all the attention. She receives a text from Mishti to come at the balcony.

They decide to perform some swag song for the family. Jasmeet gets upset about not getting to perform.

Everybody surprise her with performance with swag on a Punjabi song. The boys all dress up like Sikhs with turban while girls also kill the dance floor with their attitude.

Abir and Mishti share a cute moment at the end of the performance. She gives him a letter and runs outside.

Upcoming Yeh Rishtey Hai Pyaar Ke episode update: Mishti expresses her love to Abir on the roof of a bus but Meenakshi listens to it instead.