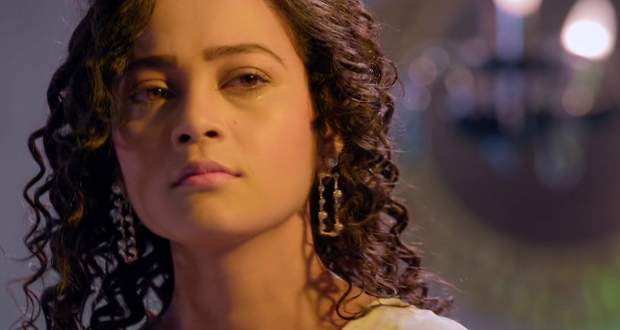 Today's Yeh Rishtey Hai Pyar Ke (YRHPK 30 Sep episode starts with Kunal telling Kuhu that she is the best as she agreed to go to the temple. Abir and Kunal are all set to go to the factory for work.

Mishti comes in Meenakshi’s room and promises that she won’t let Kuhu and her problems interfere with their baby’s happiness. Meenakshi realizes that Mishti is trying to bring Abir close to her while Kuhu is creating problems for him.

Kuhu acts of ordering butterscotch ice cream and shows as if she is not getting it. Mishti witnesses this and rushes to get ice cream for her. Before she goes, Kuhu takes her phone out of her purse. Meanwhile, Abir and Kunal fight over Kuhu’s behavior.

Abir makes Kunal realize that Kuhu is getting too negative and he is not against her. At the same time, Kuhu calls Kunal and reveals she is scared and that Mishti is not with her.

Kunal gets upset as Mishti is not picking up calls. He calls Mishti immature and irresponsible. They leave the hotel while Mishti is worried about searching for the ice cream.

Kuhu keeps Mishti’s phone in her room and wants to show Mishti in a negative light. Kunal and Abir reach home and Kuhu lies that Mishti has gone to meet her friends.

Abir is confused while Kunal fumes in anger and Kuhu acts innocent. Parul and Nidhi come outside while Kunal says Mishti has gone to a party leaving Kuhu alone.

Kunal promises Kuhu that he will always be on his side and continues to instigate Kunal against Mishti. Later, Mishti returns home and Abir learns that Mishti went out for Kuhu. He confronts Kuhu about sending Mishti outside.