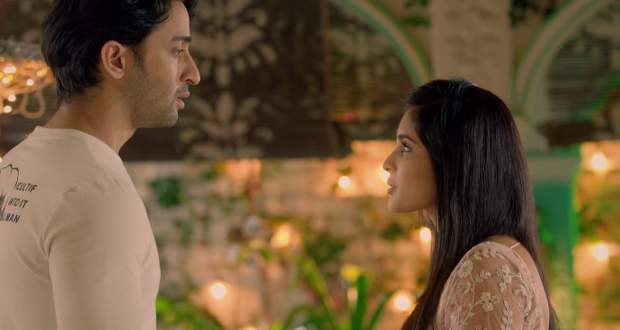 Today's YRHPK 31 Aug episode starts with Abir getting worried for Mishti and her condition. Mishti falls down and Abir gets worried for her. He finds out that Mishti is reading books on motherhood.

Mishti is excited to become a mother while Abir is disheartened. Meanwhile, Meenakshi is looking through Abir and her photographs and at the same time, Parul comes in.

Meenakshi is shattered with the revelation about Mishti while Parul feels lucky to have found Meenakshi to help her. Elsewhere, Kuhu is upset with Meenakshi’s announcement and thinks they won’t get anything.

Kunal is sick of Kuhu’s childish behavior and leaves the room. He finds Mishti outside and shares that he loves their mother a lot. He shares his feelings about going to the office and helping his mother.

He further says Abir would be a great father as he has been a father figure for him as well. Abir overhears their conversation and doesn’t know how to tell Mishti the truth.

Meenakshi is upset with the truth and wants Abir to have his own child. Elsewhere, Kuhu is ready to think about the baby as Kunal is not understanding the importance of attaining property.

Abir asks Mishti to wait for having a baby as they might not be ready. Mishti wants to know what he is thinking while Abir doesn’t want to strangle them.

Mishti asks about her reports and wishes to call the doctor. Abir is forced to tell Mishti that she can’t become a mother. Mishti gets shattered to learn the truth and thinks she has broken all of their dreams.

She thinks she is not the right girl for Abir and asks him to stay away from her.