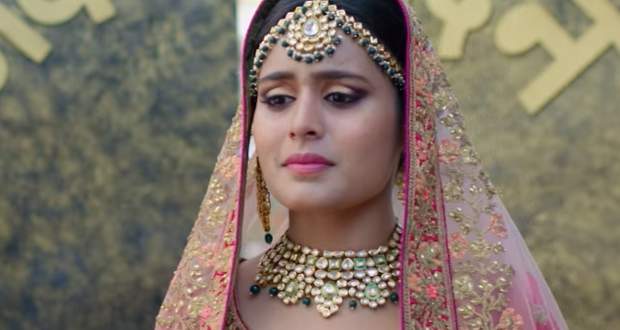 Today's YRHPK 31 Jan episode starts with Meenakshi asking Nishant about Abir. Nishant says he is not aware of his whereabouts and later Kuhu asks him about coming out.

The doctor reveals that Abir has water in his lungs and later thinks his name is Nishant. Meanwhile, Kuhu finds a note in Mishti’s room stating that she is going to find Abir.

Rajshri declares that Mishti loves Abir. She states that they have forced this marriage on Mishti and that Mishti didn’t want to be ungrateful by not marrying Nishant.

Rajshri further suggests that Mishti was marrying just for her Bade Papa and that she released her from the cage. Vishambhar is upset with Rajshri’s decision.

Meanwhile, Mishti is trying to track Abir and takes scooty from someone. The doctor thinks that Abir is an addict and wishes to give him strong medicine.

Abir gains consciousness and reveals he is Abir Rajvansh. Later, Vishambhar wishes to search for Mishti while Rajshri still thinks she has done the right thing.

Also, the family members are worried about Nishant getting drunk again. Vishambhar learns from Yashpal that Mishti is at Rajvansh house.

Nishant takes the family to the lakeside and makes excuses. Meanwhile, Abir is unable to escape at first but later leaves in the ambulance. Mishti reaches at the lakeside to search for Abir and later learns that he is in an ambulance.

© Copyright tellybest.com, 2018 & 2019. All Rights Reserved. Unauthorized use and/or duplication of this material without written permission from tellybest.com is strictly prohibited.
Cached Saved on: Saturday 4th of April 2020 11:07:05 AM