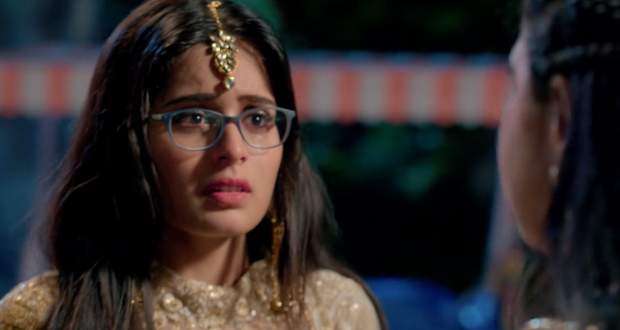 Today's YRHPK 31 Jul episode starts with Mishti preparing to express her love to Abir. She gets a whole bus decorated with balloons. She remembers her first meeting with Abir.

She also recalls all the beautiful and memorable moments with Abir. She keeps talking and expressing her love thinking Abir has come outside but finds Meenakshi standing there instead.

Meanwhile, Abir decides to find Mishti outside while Kunal tries to stop him as planned.

Meenakshi starts questioning Mishti about her confessions. She tells her to forget about Abir and further does a drama of caring for her sons.

At the same time, Kunal is putting every possible effort to stop Abir from going outside.

Meenakshi also stops Mishti from picking Abir’s phone. She threatens to cancel the wedding of Kuhu and Kunal. She further blames her spoiled blood for her actions.

She says she will never let her family split and that Mishti has to help her in same. She further threatens if she doesn’t obey, Kunal will not sit in the wedding mandap.

Kunal tricks Abir and stops him from going outside. He also takes Kuhu’s help to stop his brother. They all start playing Antakshri to stall time and don’t let him go outside.

Meenakshi shows Mishti that Abir is having fun in Antakshri and is not in a mood to come outside.