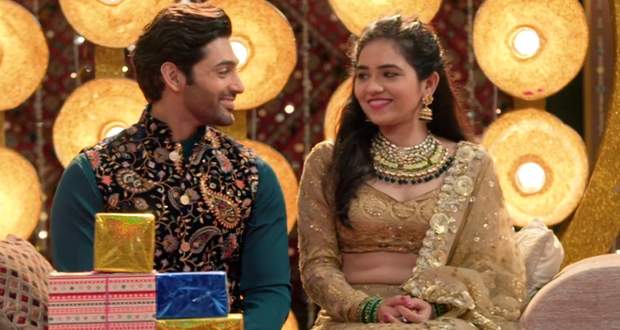 Abir asks Meenakshi to perform the rituals and go on with the engagement. Mishti blames herself for destroying the happiness of two families and thinks she is unlucky for everyone.

She also realizes that Abir already knew that Varun’s brother is her attacker. Meanwhile, Meenakshi tells everyone about Mishti’s condition and they decide to perform the engagement without them.

The engagement rituals start while Mishti tries to join her rope of hope back. Mishti decides to tell Varun’s family the truth while Abir tries to make her realize something.

He goes downstairs to perform brother rituals and asks Mishti to watch from above. Abir gives the desired necklace to Ketki and brings a smile on her face.

Meenakshi learns that Mishti to find the accidental details from Mandaar. She is suspicious about Karan having a connection with Abir and Mishti’s secret.

Mishti decides to not tell anyone to keep everyone happy. She wishes to live a normal life. Meanwhile, Varun tries to learn Mishti’s health secret from Kuhu.

Kuhu reveals she is not close to Mishti and that Mishti might be actually sick. Elsewhere, Abir rejoins the rope of hope and doesn’t want Mishti to blame herself for anything. They remind themselves that Varun is a nice guy.

Mishti is scared about facing Varun and hiding the truth.