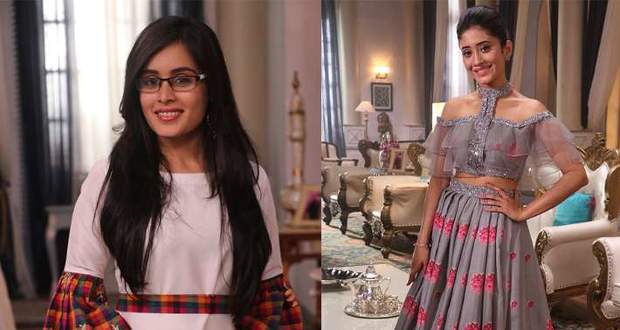 Today's YRHPK 31 May episode starts with Rajshri asking Mishty if Kunal asked her anything. Mishty responds negatively. Mishty inquires about Abir from Kunal.

Abir faces a dilemma about whether to tell his feelings to Mishty or not. He feels that this might hurt Kunal. Abir gets the mobile hidden in his bag by Naanu.

Naanu calls Abir. Abir answers his call. Naanu asks Abir to come back as he has is confident that Mishty is not happy with this relation.

Naanu says this relationship is not good for Kunal and Mishty as there is no love between them. He requests Abir to come back for Kunal’s sake. Abir agrees to come back.

Mishty waits for Abir so that she can discuss Shweta and Kunal’s relationship. Mishty decides to focus on Kunal’s present and not past.

Vishambhar questions Naman for coming there. Naman says he is Mishty’s father and so he has to come to the function.

Rajshri gets worried. Naman requests Meenakshi to let him fulfill the ritual. Mishty stops Naman from performing the ritual.

© Copyright tellybest.com, 2018 & 2019. All Rights Reserved. Unauthorized use and/or duplication of this material without written permission from tellybest.com is strictly prohibited.
Cached Saved on: Saturday 25th of January 2020 11:27:18 PM