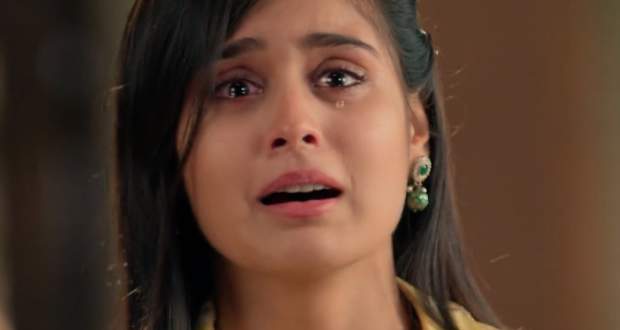 Today's YRHPK 3 Aug episode starts with Abir finding a letter in their room. Meanwhile, the Rajvansh family along with Varun plan to play a game. Varun offers to get Abir and Mishti downstairs.

Abir is about to tell Mishti about the letter when Varun arrives. Abir lies that he was going to reveal the love letter. Varun asks them to play with the other family members.

Abir asks Mishti to not ask about the letter and they join the family for the games. Varun again makes inappropriate jokes to scare Mishti.

Nidhi asks everyone to write the name of the movie of the slips while Varun again taunts Mishti. Meanwhile, Abir tries to find out about the sender of the letters.

Mishti is supposed to enact the movie name “Khoon Bhari Maang”. She gets scared with the first word while Varun triggers her even more. Kaushal guesses the movie at the end time.

Abir enacts a movie and Kuhu is unable to guess. Varun talks about murder while Mishti continues to repeat she hasn’t murdered anyone. She says she was attacked by someone.

Meenakshi also arrives and questions her while Mishti says she didn’t kill Karan on purpose. Varun gets mad at Mishti and breaks the relation with Ketki.

Mishti is daydreaming and she shouts no in fear. Abir says Mishti isn’t well and takes her upstairs. Later, Meenakshi learns about Karan’s accident and also that he was staying at the same resort as Abir and Mishti.

Abir tries to console Mishti and makes her believe that she is strong.