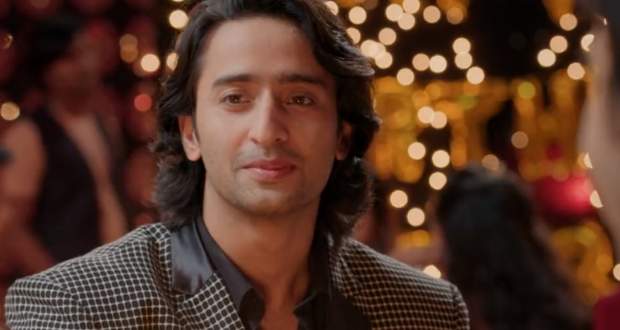 Today's YRHPK 3 Oct episode starts with Mehul asking Abir if he is missing Mishti. He further takes the responsibility of Meenakshi’s rude behavior and nature.

Rajshri jokes about something happening at all parties in Rajvansh house. Meanwhile, Mehul also proposes to help Abir in meeting Mishti.

Later, Abir’s birthday bash starts with Kuhu, Kunal and others dancing on a popular song. Mishti also arrives with his family for the party.

Mishti and Abir share some cute moments and Abir cuts the cake. Abir enquires if Mehul invited the Maheshwari family.

Mishti says Meenakshi came and invited them. Later, Mishti teases Abir for not coming to meet him. Abir starts searching for Mishti while Mishti is planning something special for him.

Yashpal and Meenakshi discuss Abir’s feelings for Mishti. They further discuss Mehul and revealing his truth.

Mishti overhears some of Meenakshi’s words and wonders what she is talking about. Later, Nishi gives a speech about family and everybody praises her.

Abir ignores Mishti and she tries to show him her surprise. Abir thinks he has ignored enough and follows Mishti. He gets shocked to see something.