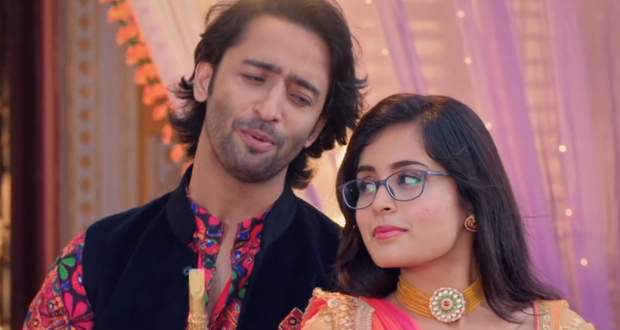 Today's YRHPK 3 Sep episode starts with Mishti realizing there is some problem between Kuhu and Kunal. Abir tells her not to worry and get ready for the special plan.

Yashpal declares there will be a dance competition among couples. They all start making couples and Nidhi says Mishti should dance with Abir.

Mishti slips and stops while Kuhu gets delighted to win the competition. Yashpal announces about NGO boys and their competition for breaking Dahi Handi.

Later, Kunal gets angry at Kuhu again and says nothing has changed. He says he doesn’t love her and that he was faking it for family members.

Mishti accepts Abir’s challenge and says she will declare her love. Meanwhile, Meenakshi receives a call and warns the person not to call again.

She also tells Mishti that she will never become the daughter-in-law of her house. Later, Kunal and Mishti are chosen from both the families for Dahi Handi.

Kuhu goes to search for Kunal and tries to stop him from going to the office. Kunal says their relation is just a forceful affair.

© Copyright tellybest.com, 2018 & 2019. All Rights Reserved. Unauthorized use and/or duplication of this material without written permission from tellybest.com is strictly prohibited.
Cached Saved on: Thursday 30th of January 2020 08:40:51 PMCached Disp on: Tuesday 18th of February 2020 02:31:52 AM