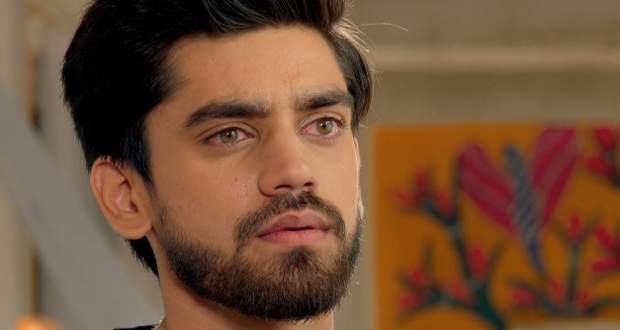 Today's YRHPK 3 Sep episode starts with Meenakshi saying that the heir will come for the family. She is ready to get the heir from any other girl if not Mishti.

Abir argues with his mother while Vishambhar wants to take Mishti along. Meenakshi thinks Abir just wants to go against her and he will realize his mistake of being with Mishti.

Kunal says that he and Kuhu will give a grandchild to her while she wants the heir for the family and child of her real son, Abir. Kunal is shocked and hurt to hear her harsh words.

Jasmeet wants Varsha to console Kuhu and do something. Meanwhile, Mishti doesn’t want to leave Abir while Abir asks if he can also come along with Vishambhar and Rajshri.

Kunal shares his pain with Parul while she asks him to only think about Abir and follow him. Elsewhere, Abir is not ready to leave Mishti while Vishambhar thinks Meenakshi will always remain Abir’s mother.

Abir is ready to take Mishti away from Meenakshi and asks for one chance. Vishambhar agrees to give one chance to Abir. Later, Meenakshi asks Mishti to leave and is sure about her decision.

Abir is happy that Meenakshi won’t get a grandchild as he/she will only learn bad things from her. Abir states he wouldn’t have let her see his child’s face. Mishti apologizes to Meenakshi while she is not ready to let Mishti stay.

Abir is not ready to get ready for another marriage and knows Meenakshi will blackmail him.