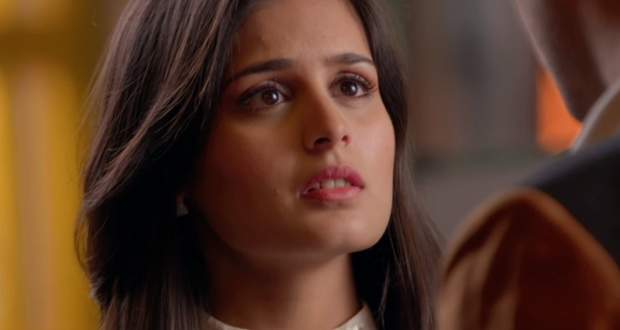 Today's YRHPK 4 Dec episode starts with Abir hearing Mishti and Nishant’s conversation. He thinks Mishti is in a relationship and is hiding from her family.

Kunal gets angry at Mishti for forgetting about his brother. Meanwhile, Mishti doesn’t want Nishant to see what’s in her box.

Mishti is hiding something from everyone while Abir remembers all the memories shared with Mishti. He gets really disheartened as Mishti has moved on.

Meenakshi again tries to ask Abir why he is disturbed while he refuses to tell anything to her. Later, Abir and Kunal arrive for the meeting while Mishti and Nishant share fun moments.

Jasmeet starts searching for a bride for Nannu by making an online profile. At the same time, Mishti tries to explain why their app should consider families too.

Kunal insults Mishti by saying she is from a broken family and doesn’t know the value of it. Mishti gets upset and leaves from there.

Mishti starts crying and later runs on the streets shouting that Abir still loves her. She gets really happy and tells the same to Nishant.

They both made a plan to entice Abir while later Abir sees them hugging. Abir apologizes to them for Kunal’s behavior and says the project is close to his heart.