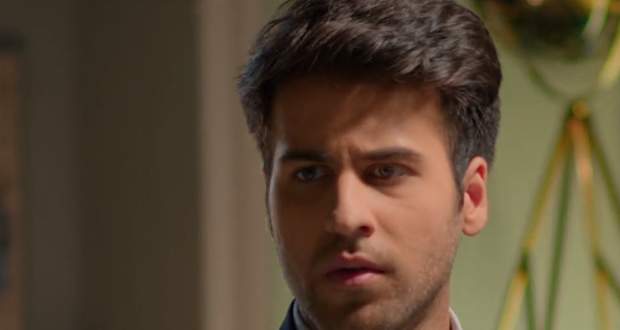 Today's YRHPK 4 Jul episode starts with Kunal pointing out who Abir is messaging so late at night. He gets shocked to learn Abir was talking to Mishti.

Abir learns from Kunal that Maheshwari’s are finding a groom for Kuhu.

Meanwhile, Kuhu starts fighting with Mishti for locking her in the room. Mishti tells her she went to Rajvansh house.

Kunal admits he is confused about his feelings for Kuhu. Abir suggests him to commit only by listening to his heart, but he has something different in his mind.

The next morning, Mishti tells Abir Kuhu tried to run away over a video call. Abir admits Kunal also has feelings for Kuhu.

They both discuss what is more important: love or family. They both indirectly talk about their own love story.

At Rajvansh house, Abir and his sister start playing a game. Kunal shocks everyone by speaking out Kuhu’s name. They all tease Kunal but get quiet with the entry of Meenakshi.

Meenakshi creates a scene. Abir blames his mother for changing the bride at the last moment. Kunal and his mother argue over the situation.

Meenakshi demands Kunal to ask Maheshwaris if they will accept the relation. But she is still using Kunal for her plans and instructing her.

Kuhu promises her family that she will behave herself.

Meanwhile, Kunal is determined to break Kuhu’s heart for his brother. He remembers his friendship with Kuhu.

Abir finds out his painting is exposed. Meenakshi confronts Abir that Kunal is hiding something. He asks his mother to consider Kuhu, but she leaves without answering.