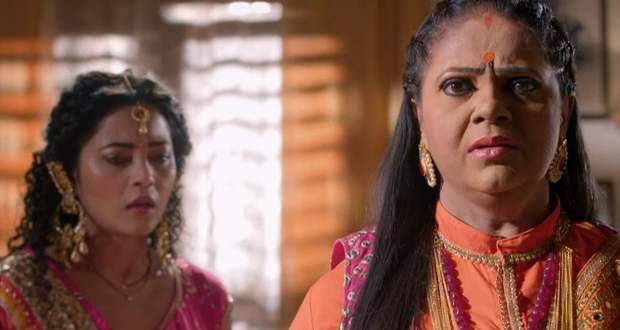 Today's YRHPK 4 Mar episode starts with Mishti deciding on talking to Kuhu. She tells Rajshri that she is fine and Abir is not well. Mishti confronts Kuhu and blames her for Abir’s condition.

Meenakshi asks from Abir if he is ok while Mishti wishes to tell what happened. Abir falls unconscious at the same time and they take him home.

The doctor starts his treatment and says he will sleep for a while. Kunal gets angry and reveals he will not leave the person who resulted in Abir’s condition.

Meenakshi is not happy with Mishti bringing Abir home. The doctor reveals that Abir has consumed more than one sleeping pills and they have to monitor his condition.

Mishti reveals the whole story and says she will find out who gave pills to Abir. Kuhu gets upset with her actions while Jasmeet asks for the truth.

Jasmeet asks Kuhu to put the blame on someone else while Meenakshi calls her down. Meenakshi confronts Kuhu and asks about the pills.

Later, the Maheshwari family is about to leave when Meenakshi creates a drama. She accuses Kuhu of breaking Mishti’s necklace while Kuhu blames Mishti for manipulating everyone.

She calls Mishti home breaker while Mishti accuses Kuhu of putting sleeping pills in Abir’s coffee mug. She suggests that Kuhu wanted to do the Pooja.

Meenakshi gets angry at Kuhu and Mishti for fighting and puts blame on them for creating troubles in her family. It all turns out to be Meenakshi’s dream and Mishti asks her to say bye to her family.

Mishti wishes to talk to Kuhu but she ignores her. The doctor tells Mishti that if abir doesn’t wake up in half an hour, the case might get critical.