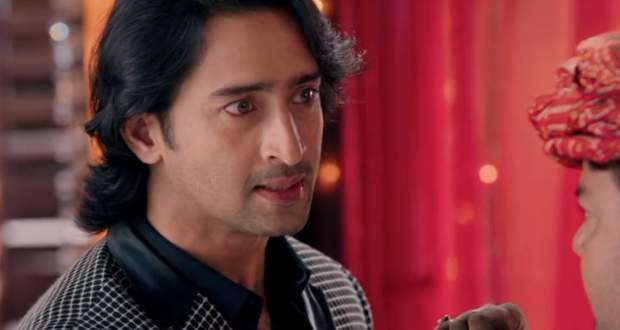 Today's YRHPK 4 Oct episode starts with Abir finding out a beautiful surprise planned by Mishti. Mishti has created a map of Abir’s home and is telling him how she will console his family.

Mishti and Abir talk about their wedding and get romantic. They share some cute and emotional moments but are interrupted by a mob of people asking for Mehul.

The villagers come and accuse Mehul of stealing their money and running away. Mehul tries to prove his innocence but the villagers are not ready to listen.

One of them is about to put black powder on Mehul’s face when Abir stops him. Mishti threatens to call the police and the villagers leave.

They again enter Rajvansh Sadan and attack Mehul with wooden sticks. Kunal and Abir save him and later call a doctor for him.

Meenakshi apologizes to Kuhu and Varsha for the drama. Later, Mehul reveals that he has a heart problem and is ashamed of his mistakes.

Mehul wants to stay with Abir and other family members in his last days. Varsha and Mishti stay at Rajvansh's house while others leave.

Yashpal thinks Meenakshi called the villagers to attack Mehul. Abir also accuses Meenakshi as she has already done it before.

Abir further says she is fake and calls her a monster. Kunal accuses Mishti of bringing Mehul back and creating problems. Abir gets mad at Kunal for talking against Mishti.