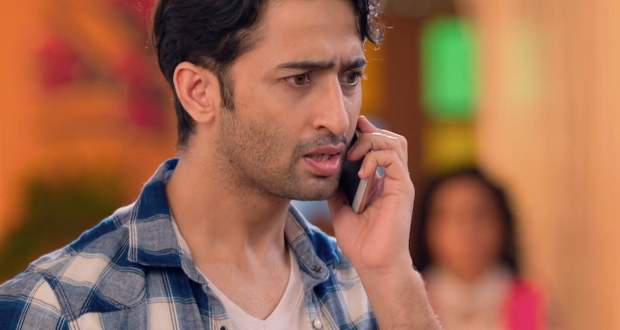 Today's YRHPK 5 Aug episode starts with Abir praising Mishti for being calm and handling the situation. Abir asks Mishti to sleep while Mishti romances with Abir in her sleep.

Later, Abir finds Varun near the kitchen and learns Varun is upset with his brother’s murder. Abir wants Varun to make peace with things as he has also made the mistake of searching for his father.

Varun is not ready to give and wants to make their life miserable. In the morning, Varun returns home and his mother taunts him for being a failure.

She thinks only Karan was a winner and reveals their plan of getting into the Rajvansh family was just because of Mishti. Varun was supposed to get Mishti to confess her crime.

She also tells him about giving all the property to him and is upset that everyone will forget about his favorite son, Karan. Varun asks his mother to help him get the truth out.

Nirmala goes to Rajvansh house and tells about a ritual of the marriage of Gudde Gudiya. She reveals the elder sister-in-law of Ketki has to perform the ritual while Kaushal says Mishti isn’t well to handle the responsibility.

Nirmala says the ritual has to be done by the elder sister-in-law only and says they shouldn’t perform it after all. Nirmala leaves while Nidhi gets upset.

Meanwhile, Abir tries to find the truth about the letter and learns the papers were ordered by Ketki. Mishti wants to do the ritual while Kuhu offers to help her.

Meenakshi learns that Mishti was injured with bloodstains when she checked in three months ago. Later, Abir learns that Kuhu took some papers from Ketki.