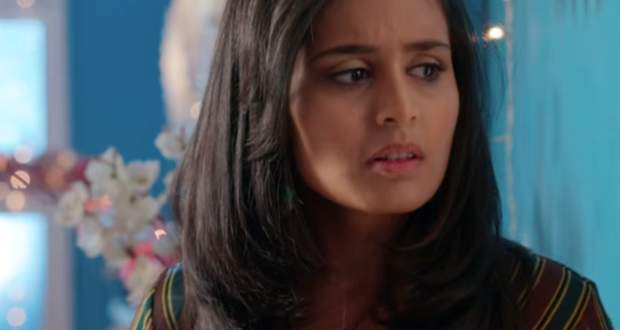 Today's YRHPK 5 Feb episode starts with Vishambhar giving Mishti time to think. Later, Abir and Mishti meet and share some cute moments. They also apologize to Jasmeet for hurting her.

Jasmeet is really upset and refuses to talk to anyone. Meanwhile, Meenakshi asks Panditji about a date for Mishti and Abir’s marriage.

Panditji tells the date of 15th February while everyone is happy in the Ranjvansh house. Abir is also happy to be with his family but fears Mishti’s arrival in the house.

Kuhu gets upset with Kunal as he doesn’t remember that 15th February is their last day together. Later, Mishti wishes to apologize to Jasmeet but overhears her conversation with Varsha.

Reality hit Mishti when she learns that Jasmeet has never accepted her as part of the family. She further suggests that Mishti is an expert in breaking families.

Abir and Mishti talk on a video call and Abir assures her that everything will go well. Later, Mishti receives a letter written by Nishant while she wants to know if two sisters should not get married in one house.

Meanwhile, Abir is not able to trust Meenakshi while Meenakshi tries to prove that she has accepted Mishti. She further reveals that Nishant acted drunk as per her plan. Meenakshi wants Abir to give her one chance.

Upcoming Yeh Rishtey Hai Pyaar Ke episode update: Abir asks Meenakshi to not be a part of his marriage with Mishti.

© Copyright tellybest.com, 2018 & 2019. All Rights Reserved. Unauthorized use and/or duplication of this material without written permission from tellybest.com is strictly prohibited.
Cached Saved on: Wednesday 1st of April 2020 02:17:07 PM