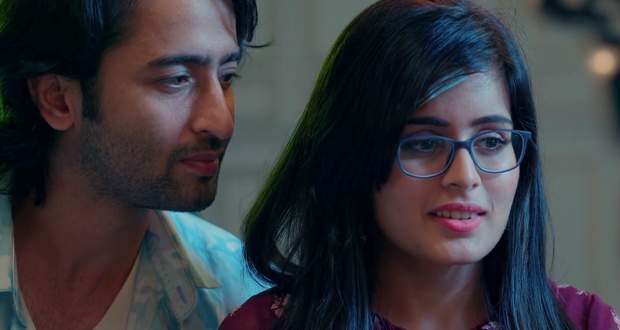 Today's YRHPK 5 Sep episode starts with Kuhu worrying about her actions against Mishti. She gives her Kaada and at the same time, Abir calls Mishti to enquire about her health.

Rajshri snatches her phone and Vishambhar also instructs her to take rest. Kunal is angry with Kuhu going to her house to take care of Mishti.

Meanwhile, Abir is worried about Mishti and wants to know about her well-being. Abir disguises as a girl and enquires about Mishti from Rajshri over the phone.

Later, Kuhu tries to make Kunal understand that she was doing formality. They continue to argue while Mishti sneaks out of the house to meet Abir.

Kuhu gets frustrated and drives off in the car leaving Kunal behind. Meanwhile, Mishti reaches Abir’s house and Yashpal and others think it is a thief.

Abir reaches Mishti’s room to meet her. Jugnu informs Abir that there is some thief in his room. Abir knows it is Mishti and returns back.

Later, Abir opens the cupboard and Mishti falls straight in his arms. Mishti gets jealous about Abir meeting someone else.

Mishti mistakenly tells Abir about her previous visit to his room. They both share some romantic time together.

© Copyright tellybest.com, 2018 & 2019. All Rights Reserved. Unauthorized use and/or duplication of this material without written permission from tellybest.com is strictly prohibited.
Cached Saved on: Thursday 6th of August 2020 06:37:04 PM