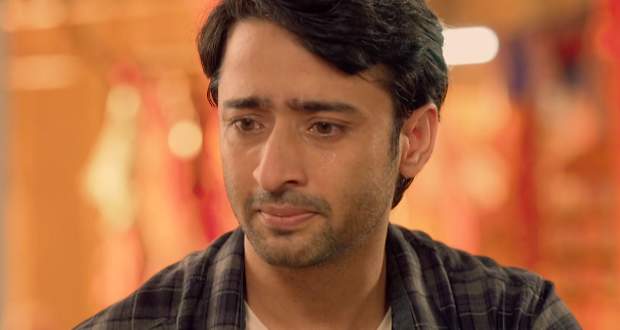 Today's YRHPK 5 Sep episode starts with Abir crying and deciding to hide his tears from Mishti. Mishti witnesses the scene and gets upset for him.

Meanwhile, Kuhu asks Kunal to plan a baby with her so that Meenakshi relaxes. Kuhu doesn’t want to let Mishti go while Kunal wants her to face reality.

He appreciates her efforts but thinks the time is not right. Later, Abir recites poetry about starting his new life with Mishti in the new house. Mishti lies to him while Abir reveals that he has finalized two houses.

Vishambhar thinks Mishti and Abir should live in a hotel or in their house till they find a new house. Elsewhere, Mishti can feel Abir’s pain and wants him to share his emotions.

Vishambhar asks Rajshri to talk to Abir as a friend and share his pain. Later, Mishti learns Abir is not even able to think about not being able to become a father.

Abir talks about compromising while Mishti remembers Meenakshi’s words. The next morning, Abir meets Rajshri and shares his grief. Rajshri consoles him and says Mishti is very brave.

Mishti talks to Vishambhar over call and Vishambhar assures her she did the right thing. Meanwhile, Rajshri expresses her feelings about Akshara’s death and reveals her pain was relieved a little by Mishti’s presence.

Mishti thinks she was not able to stop the fight of her parents but wants to stop Abir and Meenakshi’s fight. Later, Abir finds a solution after talking to Rajshri and decides to adopt a child. He tries to contact Mishti but is not able to contact her. Mishti asks Kuhu to book a cab for her.