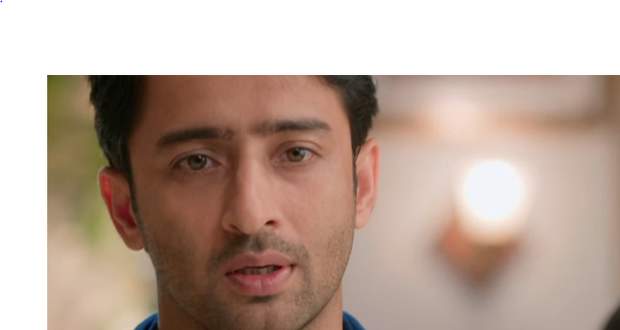 Today's YRHPK 6 Feb episode starts with Mishti reading the letter sent by Nishant. He asks her not to get upset and feel guilty. He further asks her to be happy and marry Abir.

Meanwhile, Meenakshi asks everyone to select sarees while Kunal also wonders which color to choose for Kuhu. He gets a message from a lawyer asking to meet him.

Vishambhar and Rajshri thank Jasmeet for coming along with them to Rajvansh house. Elsewhere, Kunal receives divorce notice and gets happy when he learns that divorce can be canceled.

The same notice is sent at Maheshwari house for Kuhu as well while Mishti keeps it in her bag. Later, Parul takes Meenakshi’s side while Abir is still doubtful.

Kunal keeps his chosen saree for Kuhu while Abir meets Mishti in private. They share some cute moments while they decide to stay happy always.

Mishti is not sure about leaving the family and living separately after marriage. Later, Kuhu gets the saree and is confused about why he is giving a gift to her.

Meenakshi apologizes to Jasmeet and later Kuhu arrives in her original dress. Kunal gets upset with Kuhu not wearing his saree while Kuhu is also annoyed.

Meenakshi proposes the date of marriage as 15th Feb while Vishambhar wants the marriage to takes place as early as they can. Abir drops a bomb and declares that he doesn’t want Meenakshi to be part of the marriage.

Meenakshi agrees to his condition and gives blessings to Mishti.

Upcoming Yeh Rishtey Hai Pyaar Ke episode update: Meenakshi wishes to meet someone while Abir thinks she is planning something.