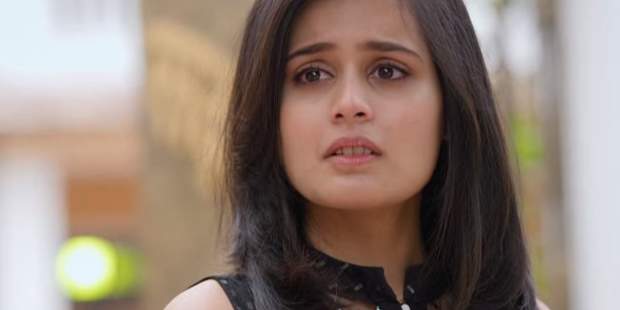 Today's YRHPK 6 Jan episode starts with Mishti is waiting for Abir to apologize when Abir arrives. However, Abir asks for Mishti’s arrival and doesn’t want to listen to her.

He tears the letter in front of her and returns inside his home. Mishti is shattered with Abir’s words and returns. Later, Yashpal asks for Parul’s help and wants to know why Abir left Mishti.

He wants Parul to talk to Abir while Parul hides the truth about Meenakshi being the reason. Meanwhile, Vishambhar thinks about what Mishti might decide.

At the same time, Mishti arrives and says she doesn’t deserve parents like Vishambhar and Rajshri. She says she is ready for the marriage if Nishant is ready.

Mishti is shattered to leave Abir behind while Abir releases his frustration on Jugnu. Parul enquires about of state of anger while Meenakshi gives answers on his behalf.

Nishant asks Mishti if she will marry him while Parul is adamant to find out the truth about Abir and Mishti’s conversations. Later, Kuhu is asked to arrange the Roka function for Nishant and Mishti.

Abir offers to help Kuhu while Kuhu is not able to tell him whose function she is organizing. Mishti and Abir continue to bear the pain of separation.

Later, Jasmeet is ready to accept Mishti as her daughter-in-law and doesn’t want Mishti to break his heart ever. Mishti promises herself that she will remain happy for her family.