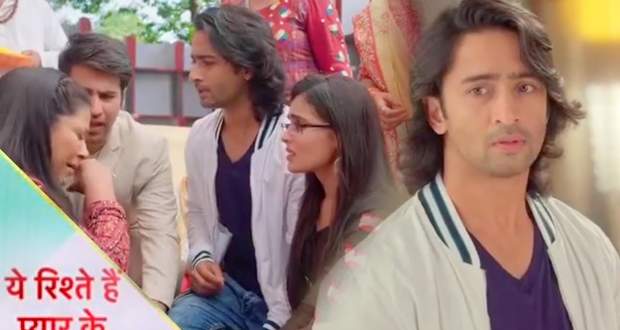 Today's YRHPK 6 May episode starts with Abir, Kunal, and Ved getting locked up in jail. Meenakshi requests the Commissioner to release the guys.

Kunal takes Ketki, Meenakshi back to Rajvansh house leaving Mishty all alone while spoiling his date. Mishty, Abir, and Kuhu travel in another car.

Mishty drives the car in anger. Abir tries to lighten up her mood but fails. Mishty questions Abir for fighting with Ved.

Mishty says is he would have fallen in a trouble she would also get affected as he is her friend. Abir stares at Mishty.

Meenakshi curses Kunal for getting into an ugly fight with Ved. Abir comes home and takes the entire blame on himself.

Abir advises Kunal to plan out another date with Mishty to please her. Mishty thinks about Kunal and her first date.

Mishty thinks in her mind that Kunal is a perfect son and brother but she doubts how good he is as a life partner.

Abir agrees to help Kunal. Meanwhile, Abir thinks about Mishty. But he restricts himself when he recalls Vishambhar’s warning.

Mishty gets flowers and romantic note. She imagines about Kunal and gets happy. Mishty decides to send a thank you note to Kunal.

© Copyright tellybest.com, 2018 & 2019. All Rights Reserved. Unauthorized use and/or duplication of this material without written permission from tellybest.com is strictly prohibited.
Cached Saved on: Saturday 30th of May 2020 05:36:45 AM