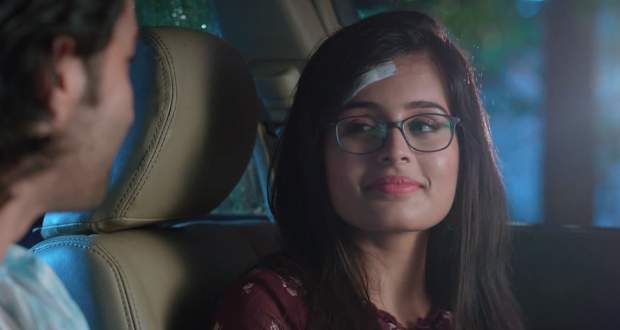 Today's YRHPK 6 Sep episode starts with Mishti and Abir having dinner together. Mishti enquires from Abir why he loves her while Abir says he is lucky to have her.

Meanwhile, Kunal gets mad at Kuhu for leaving him alone in the middle of the road. Kuhu sees a dream where Kunal is a caring husband.

Mishti sees separate beds made in Kunal and Kuhu’s room. At the same time, Meenakshi gets a bad dream and calls for Parul. They argue for a while and later Meenakshi leaves her room to drink water.

Mishti tells Abir about Kunal’s words on the wedding day. She thinks something is clearly wrong while Abir also recalls Kunal’s behaviour at his wedding.

Abir is about to tell Mishti about Kunal leaving his own marriage but Meenakshi’s voice startles them. Abir saves Mishti and sneaks her out of his house. Later, Mishti enquires about the reason why Abir is not talking to his mother.

Abir says they have some previous issues and promises to find out the reality of Kuhu and Kunal’s relation.

In the morning, Kuhu and Kunal fight over who gets to use the washroom first. Meanwhile, Rajshri appreciates Abir’s efforts for Mishti.