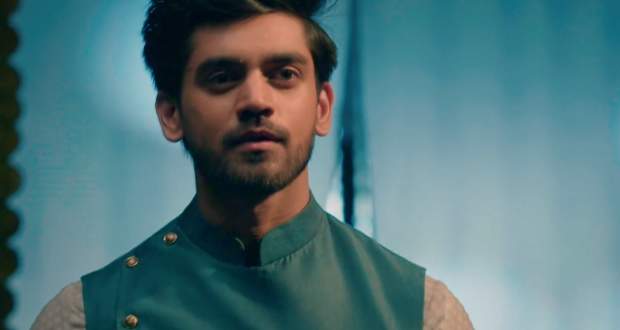 Today's YRHPK 7 Aug episode starts with Mishti approaching the box of dolls when Meenakshi arrives. She thanks Mishti for supporting them with the ritual.

Nirmala and Varun arrive for the function and asks to bring the dolls for the ritual. Mishti takes the box while Abir sees red color on the floor.

He asks Mishti to send Parul with the jewelry for the dolls. He sees the dolls smeared with red color and asks Parul to help him. Further, he gets an idea to stall the function a little by planning Kunal’s entry.

Kunal makes a rocking entry and the whole family starts dancing. Abir asks for Parul’s help in fixing the dolls while the family is distracted. Nirmala and Varun get shocked to see clean dolls.

Kuhu and Mishti start with the rituals and dance while Varun is not happy to see Mishti all cheerful. The family gets emotional thinking of Ketki’s Bidaai.

Varun accepts in front of Abir that he is ready to make peace with Karan’s death. However, it is Nirmala’s plan to make Abir and Mishti believe the case is going to close.

Later, Kunal enjoys a meal with the family while Abir tells Mishti that Karan’s case file is going to close.