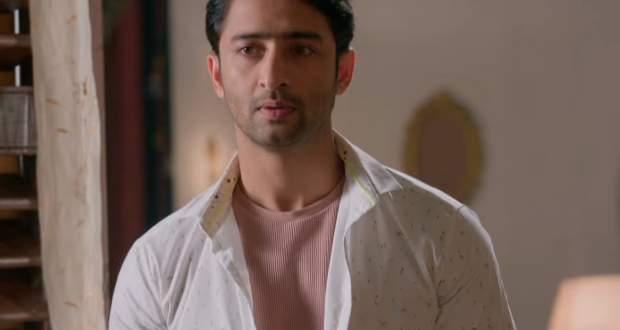 Abir and other family members are all set to celebrate the Sangeet ceremony. Kunal wishes that Kuhu forgets about leaving the house.

Parul consoles Meenakshi and suggests that Abir did it because of her actions. Vishambhar tells Rajshri about Meenakshi threatened him and Mishti. Abir overhears their conversation.

Kunal and Kuhu start arguing about their dance at the Sangeet ceremony. Rajshri and Vishambhar get happy to see Kunal and Mishti getting along well.

Mishti enacts in front of Jasmeet to involve her in the Sangeet ceremony. Abir also motivates his family members and is sure that they will win.

Mishti suggests that they should do Bhangra on the Sangeet ceremony. Jasmeet is forced to interrupt them and says they don’t know how to dance.

Meenakshi gets a call from and instructs about following her orders. Abir overhears this and misunderstands her. Kunal is also not sure about Meenakshi’s motives.

Kunal talks to Parul about Meenakshi and also about Abir’s decision. He realizes that he should have taken a stand for Kuhu and wonders if Kuhu will forgive him.

Meenakshi witnesses her family enjoying the Sangeet from a distance and gets upset. She has asked someone to disguise as one of the servants and enter the house.