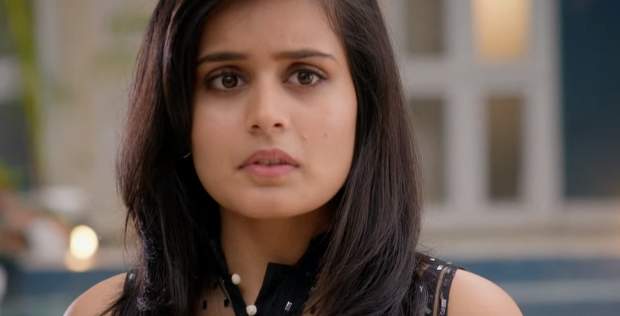 Today's YRHPK 7 Jan episode starts with Kuhu asking Abir to let her go alone. Kuhu is not able to tell Abir and takes him to her home. Meanwhile, Parul enquires from Jugnu about the letter with Abir.

Jugnu says the letter was given by Mishti. They are interrupted by the arrival of Vishambhar and Shaurya. At the same time, Abir learns that Roka is in Maheshwari house.

Vishambhar is there to invite them for the Roka of Nishant and Mishti. Meenakshi says she will surely come for the function while Parul gets suspicious of their conversation.

Mishti thinks Abir is not affected by her Roka and asks Abir to help decorate the house. Abir thinks how Mishti can hate him so much while Mishti wonders the same.

Yashpal wants Meenakshi to understand Abir’s pain while Meenakshi doesn’t want anyone to take Mishti’s name in the house.

Mishti’s hand gets injured while Abir rushes to help her. However, their moment is interrupted by a phone call. Elsewhere, Parul finds the remains of Mishti’s letter.

Kuhu wants to know his feelings for Mishti and reminds him that she loves someone else. Meanwhile, Parul learns that Jugnu lost the letter for a few moments.

Abir admits on call that he doesn’t love Mishti and Mishti overhears his harsh words. Mishti asks Abir to leave before he can reject her.