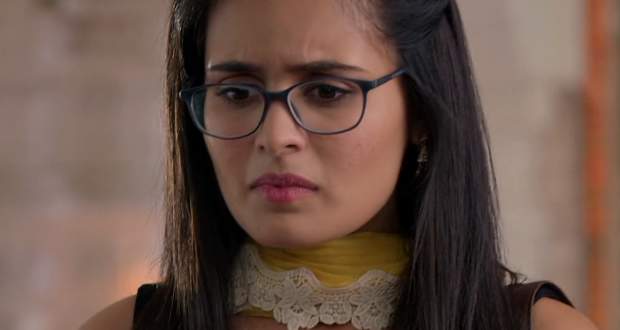 Today's YRHPK 7 Nov episode starts with Mishti asking from people around the temple about Parul’s photograph. She learns from Panditji that Parul was pregnant and fond of sweets.

Kuhu keeps everything ready for Mishti while Rajshri questions about her. She fears if Mishti is out of Rajkot. She finds a letter from Mishti stating that she needed answers for Abir.

Later, Mishti finds a woman running after a thief who has stolen her phone. Mishti catches the thief and later discovers it is her phone.

The woman gets shocked to see Mehul’s photograph on the phone. She says the man is the husband of her sister Parul. The woman further says that Parul went to search for her husband when she was pregnant and never returned.

Later, Mehul meets Abir and wonders what his family has done for Abir. He gets shocked to see that Kunal is also participating in Abir’s happiness.

Narika tells the story of her sister getting married to Mehul who was well educated. She further says Mehul left soon as he got a job in Rajkot.

She says Parul left Rajgarh when she was 7 months pregnant to search for Mehul in Rajkot and never returned back. Mishti gets confused with all the revelations.

She learns that Parul had decided to name her son Kunal and gets shocked. Mishti is about to call Abir when the police arrive for their statement.

Mishti sees a file with Mehul Kapadia written on it in the police station.