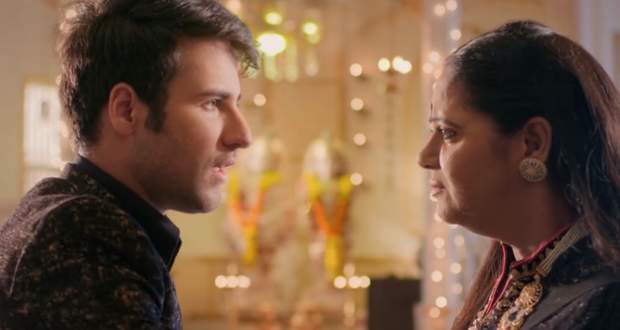 Today's YRHPK 7 Oct episode starts with Kunal blaming Mishti for taking revenge from his family. Meenakshi is upset with her own family members being suspicious of her.

Mehul comes and requests Abir to trust his mother. Varsha apologizes to Kunal from Mishti’s side while Kuhu doesn’t want her mother to apologize.

Meenakshi is upset with his son’s allegations while Kunal promises to take revenge from Mishti for bringing Mehul in their lives.

Mishti asks Varsha about her reason for crying. She assures Varsha that Abir and her relation will happen at the right time.

Kuhu tries to cheer Abir up while later she gets a call from Jasmeet and says if Abir and Mishti get married, then fighting will be an everyday activity.

Mehul gets shocked to hear this. Meanwhile, Mishti writes a letter for Abir and later gets a video call from her.

Mishti says he should talk to his mother first before meeting her. Abir later meets Mehul and says he had some grudges against Meenakshi.

The next morning, Abir gives a heartfelt apology to his mother. Later, Kuhu wishes to celebrate Navratri and Kunal also supports her.

Abir and Mehul get into a Pani Puri competition and later Mehul wishes to complete some pending work.