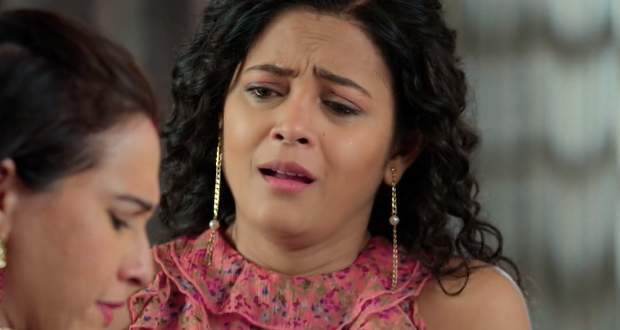 Abir is sure that Meenakshi is behind blackmailing Kuhu. Varsha visits at the same time and says Abir is right. Varsha rebukes Meenakshi for manipulating her daughter.

She further suggests that Meenakshi has never treated Kunal as her real son. Varsha wishes to take Kuhu along with her while Mishti and Abir try to stop her but fail.

Varsha takes Kuhu along while Mishti and Abir console Kunal. Kunal states that the deal might be because of Meenakshi’s manipulation but her behavior towards Mishti is not justified.

Varsha asks Kuhu to break all ties with Kunal once the baby is born. Meanwhile, Kunal gets injured while Meenakshi tries to manipulate her against Kuhu and put the entire blame on her.

Abir makes Mishti realize that it is such an easy task for Meenakshi to manipulate anyone. Meanwhile, Meenakshi further reveals that Kuhu was about to get an abortion.

Kunal is not ready to believe Meenakshi and talks rudely with her. He further states that he will always have the talent even if he loses the business. He is shattered that his own mother doesn’t believe him.

Mishti goes to meet Kuhu while Varsha doesn’t let her meet Kuhu. Later, Kunal comes to meet Kuhu and gives her divorce papers. However, it turns out to be Kuhu’s dream.

Kunal doesn’t talk to Meenakshi while Meenakshi is not ready to accept her mistake. Abir comes at the same time and states he will preserve the happiness of the family.