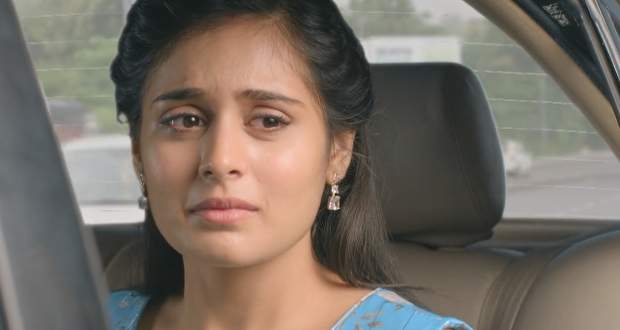 Abir is happy with his decision to adopt. Elsewhere, Mishti puts an airplane shaped letter in Kuhu’s pocket and leaves the Rajvansh house. Abir returns home and finds Mishti missing.

He checks the cupboards and Mishti’s clothes are missing as well. He asks Kunal and Kuhu while Kuhu states she has gone to Maheshvari house. Abir calls Vishambhar and learns Mishti is not there.

Kuhu finds a letter in her pocket and Abir gets shocked to read it. Mishti wants Abir to have his child and states she is not the jealous type. She asks him to stay happy with another girl.

Meenakshi learns Mishti has left and tells Mrs. Sudeshi that she is bringing Shagun. Abir accuses Meenakshi of making Mishti leave while Meenakshi states she asked Mishti to sacrifice her love.

Meenakshi thinks her decision is right while Abir is angry with his mother. He warns her of losing her son in the greed to get a grandson. Elsewhere, Mishti gets out of the cab and imagines Abir with her.

She can see Abir everywhere and realizes it is a dream. She reaches the bus stop and remembers their old memories on the top of the bus. Later, Kuhu lies to Varsha that Mishti is with Abir.

Jasmeet gets suspicious and calls Rajvansh Sadan. Maheshwari family finds out that Kuhu lied to them and Mishti is missing. At the same time, Rajshri gets unconscious.

Meenakshi fixes Abir’s marriage date and Abir overhears her conversation. He is disappointed in his mother and is happy that Mishti can’t be a mother if all mothers are like Meenakshi.

© Copyright tellybest.com, 2020, 2021. All Rights Reserved. Unauthorized use and/or duplication of any material from tellybest.com without written permission is strictly prohibited.
Cached Saved on: Thursday 28th of January 2021 07:15:55 AM