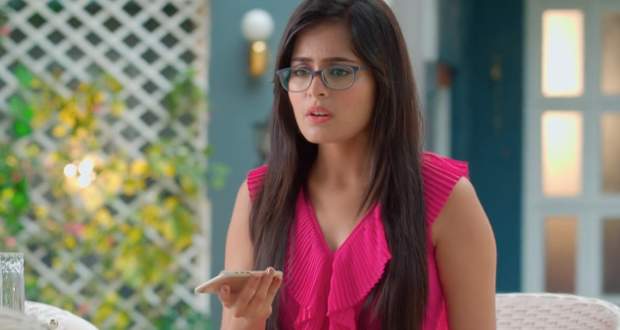 Today's YRHPK 8 Aug episode starts with Mishti and Abir sharing cute moments with each other. At the same time, Meenakshi comes and gets angry to see everybody drunk.

Meenakshi finds Abir asleep in his room and comes to know about Kunal being with Kuhu. She fears of him telling the truth to her in his drunken state.

Kunal is about to tell Kuhu when Meenakshi calls her and stops her. Kunal doesn’t listen to her and switches off his phone. She uses Jasmeet to stop Kunal from telling her the truth.

In the morning, Yahspal and Abir discuss about Mishti and her feelings. Yashpal suggests him to tell his feelings if she is stopping herself.

Meenakshi and Kunal discuss the events of last night while Abir and Yahspal come to take away their phones.

Mishti is also trying to call Abir but he doesn’t pick the phone. At the same time, Ananya arrives in a taxi and Mishti gets delighted to meet her.

She further tells Mishti to reveal in front of everyone about Varsha not being Kuhu’s mother at the Mehendi function.

Upcoming Yeh Rishtey Hai Pyaar Ke episode update: Abir will tell Mishti that she has 2 days to confess her love while Mishti will stop Varsha from putting Mehendi on Kuhu’s hand.

© Copyright tellybest.com, 2018 & 2019. All Rights Reserved. Unauthorized use and/or duplication of this material without written permission from tellybest.com is strictly prohibited.
Cached Saved on: Tuesday 7th of July 2020 11:06:40 AM