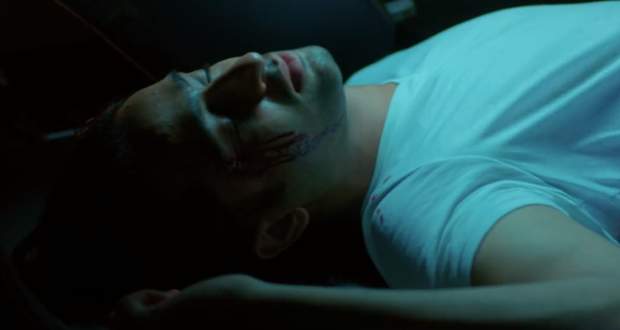 Today's YRHPK 8 Jul episode starts with Parul enquiring from Abir about the conversation at Maheshwari house. Kunal admits he is not in love with Kuhu but says she is not a bad girl.

He is positive about helping his brother to get over Mishti. He asks Meenakshi about the reason for the plan, but Meenakshi says she doesn’t want Abir going on his father’s footsteps.

Abir and Mishti meet at the temple. She says she can call any painting girl.

Abir takes permission from Parul to talk to Maheshwari’s about Kunal. He meets them and says to Rajshri she is the only one who could help him.

He assures her that if anything happens, he will be by Kuhu’s side after marriage. Rajshri is still having doubts about Meenakshi.

Abir tries to tell about the painting girl, but Mishti gets angry and leaves.

Later, Mishti tries to convince Vishambhar. He says his answer is still the same, but he fears of them taking a wrong step. She promises they will do nothing bad.

Mishti gets a call from Yashpal enquiring about Abir. He is worried about the weather. Mishti gets worried as well but assures Naanu she will find him.

She drives to the NGO in the storm and finds out he went to get food but didn’t come back. Her worries increase many folds.

Kunal remembers his childhood memories and is adamant about protecting his brother from Mishti.

Mishti gets out in the dangerous thunderstorm when she is not able to reach Abir.

Meenakshi learns from NGO that Mishti has gone to find Abir. She is disappointed to learn that Abir met and tried to convince the Maheshwari’s.

The same car has met with a terrible accident with Abir unconscious inside and petrol leaking.

© Copyright tellybest.com, 2018 & 2019. All Rights Reserved. Unauthorized use and/or duplication of this material without written permission from tellybest.com is strictly prohibited.
Cached Saved on: Sunday 19th of January 2020 11:26:55 AM