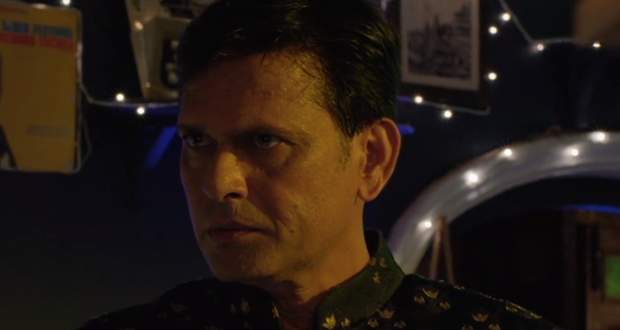 Today's YRHPK 8 Nov episode starts with Mishti stealing the paper with details of Mehul’s case from the police station. Meanwhile, Abir is happy to spend quality time with his family.

Mishti identifies the thief in the police station. At the same time, Kuhu arrives at Rajvansh house and Meenakshi is about to leave for some work.

The family members don’t let her leave and Abir starts performing on a popular number along with the rest of the family. Meenakshi wishes the papers shouldn’t get in Mehul’s hands.

Mishti learns from the paper that Mehul stole money from more than a hundred households in Rajgarh. She calls Abir and tells about Mehul’s fraud and getting married to Parul.

However, the phone is picked by Mehul who gets startled to learn Mishti knows everything. Abir arrives at the same time and thinks Mehul is not well.

Mishti deduces that Abir might go to jail if he changes his surname to Kapadia. Meanwhile, Abir has made papers to change his name to Abir Kapadia.

Later, Mishti tries to message Abir but Mehul reads her message and replies. At the same time, Kuhu tries to cover up for Mishti as Vishambhar questions about her.

Mehul talks to Mishti over the message as Abir and learns she is in Rajgarh.