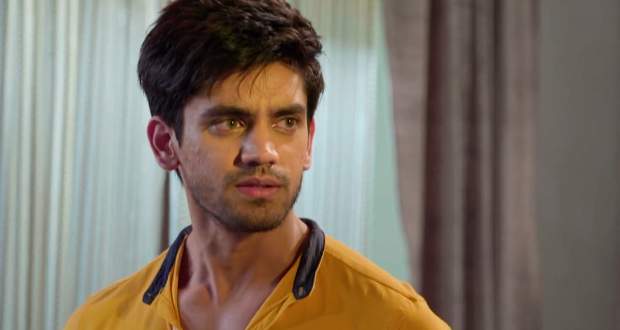 Today's Yeh Rishtey Hai Pyar Ke (YRHPK 8 Oct episode starts with Abir declaring that he will not let anyone steal the happiness of the family especially Kunal’s happiness.

He has brought a lawyer and Meenakshi learns that Abir has named all the property and business in Kunal and Kuhu’s name. Abir and Kunal decide to never let property come in their relationship.

Meenakshi is not happy with Abir’s decision and Parul gets scared with his decision. Later, Mishti asks Meenakshi to concentrate on relationships rather than property.

Meenakshi wants Mishti to console Kunal and Abir and again blames Kuhu for everything. Mishti states Kuhu has accepted her mistake but Meenakshi hasn’t.

Parul tries to console Kunal and asks him to talk to Kuhu. Meenakshi arrives there and accuses Parul of instigating Kunal against her. She asks her to leave the room while Kunal wants Parul to stay.

He takes a stand for Parul and doesn’t want Meenakshi to make Parul realize that she is under any debt. He further reveals that he used to be in the office not to get the property but to help Meenakshi.

He reveals that he has realized Meenakshi has used his whole life but refuses to get used anymore. Parul asks Kunal to apologize to Meenakshi while Kunal says Parul is his mother.

Parul is not happy with Kunal’s behavior while Abir says he is proud of Kunal. He further asks her to call Kuhu while Varsha disconnects Kunal’s call.

Meenakshi fumes in anger while Mishti tries to console her. However, Meenakshi is not ready to accept her mistakes. Later, Mishti makes Abir realize that everything will get better if they bring Kuhu home.

Kunal and Abir leave to get Kuhu while Mishti stays at home. She calls someone and fixes a meeting with him.