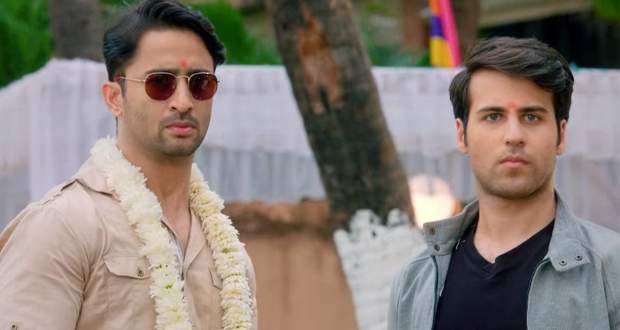 Mishti declares she will not let Abir forget her. Meanwhile, Abir feels weak being around Mishti and decides to leave. At the same time, Meenakshi gets angry at Kaushal for spoiling her laptop.

Yashpal tells Meenakshi that he has sent Abir and Kunal to an offsite meeting. Meanwhile, Vishambhar learns that Mishti is out for a meeting.

At the same time, a delivery boy arrives to investigate Mishti and informs Meenakshi that Mishti is not home for two months.

Abir thinks about Mishti and Nishant’s closeness while Kunal remembers Kuhu while looking at the preparations of their event.

They are asked to dance and later Kuhu arrives to give them a surprise. Later, Nishant asks Kuhu and Kunal to stay in one room and enjoy.

Also, Abir enters room number 6 but the number falls off and it changes to 9. Mishti also enters the same room. Meanwhile, Nishant talks about Mishti’s surprise birthday on purpose.

Mishti finds Abir in the room and thinks it is a thief. She attacks him and later both fall on the bed. Abir hides Mishti from his mother’s video call and later they both get in an argument.