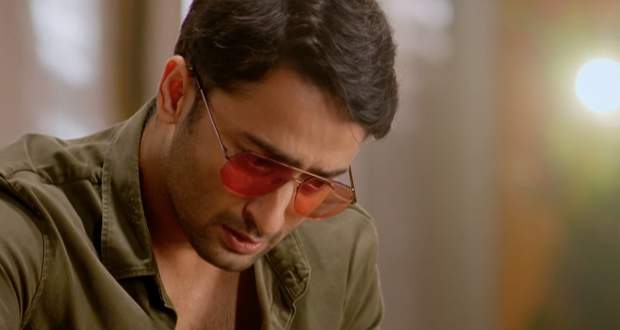 Today's YRHPK 9 Jan episode starts with Abir feeling guilty for not listening to Mishti. He imagines Mishti and admits he made a mistake. He imagines her saying that Kunal didn’t tell him the truth.

Rajshri finds Mishti missing and gets scared. She finds her in the balcony and Mishti knows she was scared that Mishti might run away again.

Meanwhile, Kunal is trying to find a clue in Meenakshi’s room about her plan. He wants to know if Meenakshi knew that Nishant is an addict.

Kunal finds the clue that he is searching for and confirms Meenakshi knew the truth. Meenakshi confronts Kunal and is not ashamed of her deeds.

She further calls him weak just like his mother Parul. Elsewhere, Nishant plans a compatibility test for Mishti and himself and both fail miserably.

Mishti and Nishant handle the situation. Meanwhile, Abir asks Kunal if he has done something wrong after marrying Kuhu without loving her.

Kunal lies to Abir and says he didn’t know Nishant was not well. Abir is fuming in anger and accuses Kunal of being just Meenakshi Rajvansh’s son.

He is mad at him for committing a crime of spiking someone’s drink and then hiding it. Also, he refuses to accept him as his brother.

Later, Abir finds the remains of the burnt letter written by Mishti and deduces Meenakshi changed the letter.

© Copyright tellybest.com, 2018 & 2019. All Rights Reserved. Unauthorized use and/or duplication of this material without written permission from tellybest.com is strictly prohibited.
Cached Saved on: Friday 17th of January 2020 11:27:35 PMCached Disp on: Wednesday 22nd of January 2020 04:17:31 AM