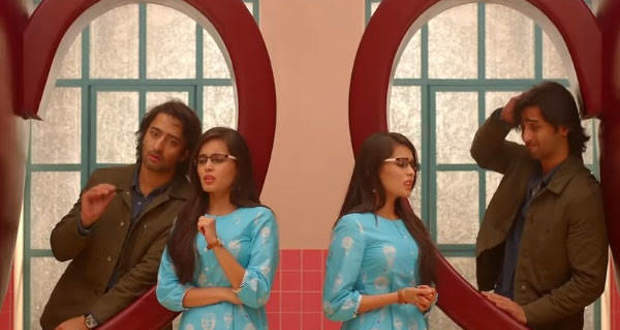 Today's YRHPK 9 May episode starts with Mishty coming to the temple. She finds Abir’s cycle there. Abir comes there and stops him from stealing his cycle.

Mishty shares her worries concerning her past. Abir calms down Mishty by advising her to never let her past hover on her present.

Abir asks Mishty to stand strong and firmly in front of the past so that it can never scare her. Mishty states that she will never let her Badi Maa face defeat in front of Naman.

Abir and Mishty spend time while sharing their cute conversation. Mishty asks Abir not to get worried about his father.

The manager calls Mishty and says that she is being selected for the job. Mishty refuses the offer as Kunal is the owner of the firm.

Kuhu gets the job in the same firm. She celebrates her success.

Meenakshi learns about Mishty giving up the job. She shares with Paro that she can instigate Kunal against Mishty only when she will take up the job.

Mishty learns about a job opening. She decides to try her luck.

Meenakshi learns from her detective that Abir has got a clue about his father in Bhuj. She gets upset.

Mishty comes for the interview unaware of the fact that the employer is Abir. Abir fails to hire Mishty because of Vishambhar’s warning.

Meenakshi sees Mishty in the interview.

© Copyright tellybest.com, 2018 & 2019. All Rights Reserved. Unauthorized use and/or duplication of this material without written permission from tellybest.com is strictly prohibited.
Cached Saved on: Sunday 31st of May 2020 06:11:36 PM