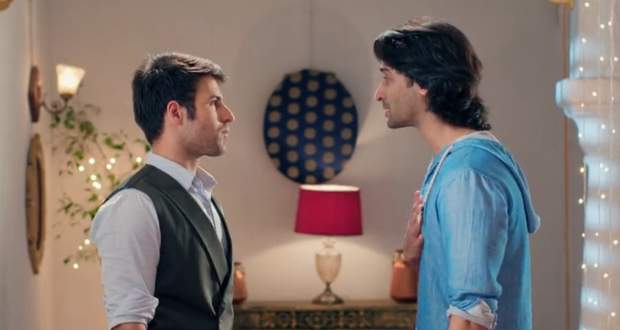 Today's YRHPK 9 Oct episode starts with Meenakshi getting shocked to learn about Mehul’s actions. Yashpal is also not ready to believe Abir can take such a huge step without him.

Meenakshi says what Mehul did was wrong while Mehul inflames Abir against his family. Meanwhile, Varsha makes Mishti happy by making noodle soup for her.

Yashpal and Kunal are mad at Abir and ignore him. Abir asks for punishment for his mistake while Kunal thinks Abir is making a mistake.

Abir is successful in convincing Yashpal while later Kuhu hides in a secret corner of the house as she is trying to ignore Kunal.

Kunal also arrives in the same place and Kuhu starts accusing him of being an angry young man. She makes him realize that Abir is getting away from him because of his bad attitude.

Later, Abir again tries to talk to Kunal about Mishti. He declares he loves Mishti while Meenakshi is aware of Mehul’s plans for Abir.

Abir says he trusts Kunal and that he needs his support. Kunal says he will support him and wants to be happy with him.

Mishti is nervous to go to Rajvansh house alone while Rajshri encourages her to get ready. At the same time, Kunal asks his lawyer to get him divorced within a day.

Kunal promises his mother that he will not let Mishti come to their home.